The privileged geographical place of the Island of Cuba and its benign climate, among others causes, was a atracction for various of the first heroes of the air navegacion.  Already since the first decades of the XIX century, aeronautics as the french Eugenio Robertson and the Cuban Jose Domingo Blinó, overflight Havana in aerostaticals globes.

July 1857: Matias Perez made a flight in an aerostatical globe.  In his second try, with strong winds, disappears at the horizon, giving rise to the phrase: "He Fly like Matias Perez"

The first intent of creating the military aviacion in Cuba is mended to 1893, when Jose Marti receive the proposal of the patriot Arturo Comas Pons, agronom and Cuban journalist, about the creation of a Ԧlying machineԬ "doing it applicable to the uses of the war".  The scarce resources of the revolutionaries and low level of the technique at the time impeded the development of that idea.

The Cuban- Hispanic- American War of 1898, the American troops employ globes of observacion against the spanish positions.  The first American pilot shot down in the history, went in Cuba, when the Sergeant Iwi Boldwin observed since a globe the movements of the spanish troops by Santiago of Cuba.  The spaniards saw the globe and they shot it, shoting down.  The globe fall in the water but Boldwin no was wounded.

Possibly the first Latin-American woman who navigating in the air may was a Cuban: Aida de Acosta. Born in Cuba and nationalited American, of great prestige in the New York society, Aida de Acosta fly alone in the Dirigible No.9 of Santos-Dumont in Paris July 9, 1903, near five months before the brothers Wright carried out their flights in Kitty Hawk.  Alberto Santos-Dumont, the brasilian aviation pioneer, teach this young woman how to flying their dirigible.  In agreement with the informacion about this episode, detailed in the book �Ladybirds II�, the parents of the youth de Acosta give from of Santos-Dumont the promise that the identity of its daughter never will be revelated as pilot of the dirigible, because they itself will feel umcomfortable by the referring publicity to the flight.


May 7, 1910 fly for first time an airplane in Cuba, when the french Andre Bellot in a Voisin of 60HP, take off from the hypodrome of Almendares (today the municipality Playa) and fall spectaculary little time later, although without greater consequences.


The famous aviation pioneer, the Canadian pilot James McCurdy try January 30, 1910 to arrive at Havana since Key West in a biplan to pedal.  He fall to the sea and was rescued by an American destruyer.  A year later, February 5, 1911, James McCurdy carried out an espectacular flight since the Camp of Columbia until the Farola of the Morro in its biplan Curtiss with motor Belmont of 60HP. February 1, 1911 the first air exhibitions are offered in the Military Camp of Columbia, by the aviators of the Curtiss Circuit.

The Aviation pioneers Parlá and Rosillo, and the legendary "Flight of Audacious"


May 19, 1913 Agustin Parla is the second in crossing the strait of the Florida, since Key West to Havana, and the circounstances of which can be seen in the Audacious Flight article.


July 5, 1913 is created the Air Corp of the Cuban Army, and Parla, the "Father of the Cuban Aviation" is being named Captain. The first aircraft purchased in the spring of 1913 by the Cuban military aviation was a Curtiss model FS. Later on, during the month of August on the same year, Agustin Parla was named as Chief of Instructors of the just born Cuban Army Air Corp. In March of 1915, by order of the Military Commission of the Cuban House of Representatives of the Congress, the Aviation Corp was created as an auxiliary Corp of the Cuban Army with three Second Lieutenants. On October 19th of 1915, Jaime Gonzalez was commissioned as an honorary Captain and his Morane-Soulnier airplane, which was used before by Agustin Parla, became the second Cuban military aircraft. General Jose Marti, then Chief of the Cuban Army, sends Parla to the Curtiss factory in Buffalo, New York, to study the use of the hydroplane, with views to establish the Aviation School for the Cuban officers.

Some flights of the new aviation


February 23, 1914 the Cuban aviator Jaime Gonzalez Crocier, trying to land around las18.20 in Cienfuegos and collide with a column for electricity, the airplane was damaged.  This it was the first accident of the Cuban aviation. In May, 1914 Jaime Gonzales made one of the more large flights of the time, from Cienfuegos to Havana (285 km).  February 25, 1914 Rosillo flies for first time since Pinar del Rio in the western of the Island of Cuba to Havana (147 km).  In December, 1914 is produced the first inverted flight (looping the loop) in Cuba by the spanish aviator Jose Pineiro.

When began the rebellion of "The Chambelona" in February, 1917, Jaime Gonzalez drop him propagande inciting them to be yielded and intimidate with its flights, this was the first war action of the Cuban military aviation.

Then, during the First World War, and as proposed by senator Colonel Coronado, a member of the Cuban Senate, a group of thirty three Cubans, under the command of Captain Francisco Terry Sanchez, departed to Galveston, Texas in the United States, on the school ship "Patria" of the Cuban Navy, to train as pilots at the University of Texas at Austin, and as mechanics at Kelly Field in San Antonio, in order to structure the Cuban Escadrille and to enter combat duty in Europe.

September 14, 1917 is created this escuadrilla to fight in France, with the name of  "Le Escuadrille Cubaine", organized by Santiago Campuzano.  Lieutenant Campuzano received the French Medal of Valor while organizing the 2nd Squadron, adding prestige to the Cuban Army. May 15, 1918 a new law authorizes the executive to form an aviation school and to form the Cuban air escuadrille.  On May 18th of 1918 by Decree No. 1181, Cuban President General Mario Garcia Menocal ordained the organization of the Aviation Corp and the Aviation School. July 25 Menocal formalizes the "Escuadrille Cubaine" by decree. In August 1918, Captain Terry who saw combat duty with the Lafayette Escadrille was to command Squadron 1, formed by 10 pilots and 20 mechanics and Lieutenant Santiago Campuzano was to be in charge of Squadron 2. In September 6,1918, the 30 men of the Squadron N°1 arrive at the airport Kelly in San Antonio, United States to begin their training.  There it is known like Squadron N°322.  But the war finished before could be embarked.  In April of 1919 the Escuadrilla Cuban returns home.

After the War.  The first official airplanes

After the war, arrived at Cuba the first American aviation mission, and was composed by the Captain Charboune, the Lt. Richardson and later the Lieutenant Kelly. They found only six of the nine Curtiss JN-4D Jenny that had arrived like load the December 11, 1918 and that they were called (1-2-3- 4-5-6). The first cross-country flight took effect with three JN-4's, between La Habana and Sagua la Grande in Las Villas, with a step over in Jovellanos, Matanzas on October 10th 1919.

The first official flight of the Cuban Air Corps was over the Malecon Avenue in Havana on May the 11th of 1919, while the Campo Columbia was been inaugurated. The camp was located at the Polo grounds, next to the Almendares Hotel in Marianao, while Miss Georgina Menocal baptized the first aircraft. President Menocal was present during the ceremonies. This first airplane property of the Cuban Government is baptized May 12, 1919 with the name of "Sunshine". May 29, 1919 Agustín Parlá performs the first commercial flight to United States with the "Sunshine".  June 29, 1919 the first air photographs of the capital are taken, Havana, since the "Sunshine". The first not fatal accident of the Cuban Military Aviation went in a Curtiss Jenny JN-4 with the Captain Francisco Terry.

The epoch of the Curtiss Jenny in Cuba


On July 7 of 1919, while trying to make a loop at low altitude a JN-4 crashed, killing the pilot, Lieutenant Valdés González. The technician San Emetrio escaped to the death with fractures of the skull. This was the first accident of the Cuban military aviation. That same year of 1919 occurred the first fatal accident of the military aviation Cuban, when a Jenny JN-4 was crashed in Marianao, Havana, perishing its two tripulantes German and Díaz.

In an air accident on July 4th, 1920, the Bleriot-XI used by Rosillo, when take off from of the farm "La Bien Parecida" in the neighborhood of Luyano, in Havana, lost the life their two crewman, perishing the Lt. Jaime González Crocier, one of the Cuban aviation pioneers. The catastrophe occurred in the farm The Fernanda, by the bridge Alcoy.  This it was the first fatal accident of the Cuban civil aviation.

During the year of 1923 the Cuban Army Air Corps, added a new facilities to the Campo Columbia and it was authorized to have 10 officers and 97 enlisted man. 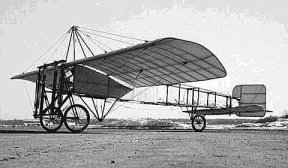 During this time Lieutenant Guillermo Martull, made a free parachute jump from a Jennie (JN) breaking the existing record.

The conspiracy of "Veterans and Patriots", and Rubén Martínez Villena


In 1923-1924 the Veterans and Patriotic Movement plans to acquire airplanes Curtiss and to bombing with them military installations against the President Alfredo Zayas. In the training in United States participates the poet Rubén Martínez Villena, who passes instruction courses. But the conspirators are treachered and arrested. The famous french ace Charles Nungesser arrives in January from 1924 to the airfield of the Columbia Camp, accompanied of the pilots Andrés Bellot and Maurice Weiss. Exists the version, that the president Zayas hired to Nungesser to face the possible air action of the conspirators.

The first two pilots to train at the United States were Captain Arozarena in March Field and Lieutenant Laborde at Carlstrom Field, followed by another two pilots that trained at School of Observation at Fort Sill in Oklahoma and a the Pilot School at Arcadia, Florida.